You’ve probably already heard of 5G. Some, in fact, must already be tired of hearing about it. Do you really understand the evolution that 5G will bring to our everyday life, though? The technological transformation that it can provide? Well, my goal with this article is to present the most relevant features of 5G.

A 5G network is a cellular system, as are analog systems, 2G (GSM), 3G (WCDMA) and 4G (LTE). But, its emergence, at first, does not have as its main goal connecting mobile phones or allowing people to communicate faster. 4G already meets this need well.

The main idea of 5G is to connect things. What things? Any kind of thing that creativity and human need requires. That is, 5G will take the development of the Internet of Things (IoT) to an entirely new level.

So, with 5G, we will be able to connect, for example, any type of appliance that exists in a house, such as a microwave oven, TV, air conditioning, refrigerator, washing machine and even doors, windows and monitoring cameras. It will be possible to control and interact with a house at any time of the day. It will be up to each user to decide and program the autonomy of each utensil, according to their needs.

Some benefits of the 5G system are:

The upload speed will also increase. However, upload speed rates will not be updated in the same proportion as the download speed, due to device battery limitations. It is not possible to specify the value of upload speeds on 5G systems yet, since we do not have any devices on the market, but it should also increase considerably, compared to the speed rates of the 4G system.

Latency is the delay in time between a request and its response. Imagine that a person in front of a screen and a button. This person is instructed to press the button to end the activity whenever the image of a bird appears on the screen.

The activity starts and random images begin to quickly appear on the screen. The delay in time that the person takes to identify the image of the bird within the sequence of images and trigger the button is latency.

The current latency of 4G networks is approximately 50 milliseconds. This value allows us to make video calls, for example. However, we still notice a delay between questions and answers of the callers. 5G promises to end this and do much more — the promised latency for the 5G system is 1 millisecond, that is, much lower than that of 4G networks.

Thus, one of the many possibilities brought on by the implementation of 5G would be the autonomous car. The entire transportation system would be interconnected in a 5G network and its security can only be guaranteed with a very low latency. This low latency is essential in order to have a response time similar (or even faster) than the human reflex.

A human driver, concentrated in traffic, knows the right time to brake and accelerate their vehicle. The driver knows that they need to stop at intersections and red traffic lights. An autonomous car needs to have this “intelligence”, and, most importantly, the same reaction time.

The 5G system also promises a greater number of simultaneous connections per cell tower. In the 4G system, we have approximately 100 thousand connections per square kilometer. With 5G, we will have 1 million connections in the same area. Thanks to this significant increase in connections, the 5G system will be known as the system that managed to connect “things “(understanding “things” as any electronic equipment) to the Internet.

With this increase in the number of connections, it will be possible to connect everything around us: appliances, doors, windows, cars, motorcycles, traffic lights, sensors on streets and highways, light poles, security cameras, electricity and water meters, among many other things. We’ll be able to have a “living” and smart city, where interaction would be complete and instant and work 24/7.

This city would be alive because everything would be connected. Smart, because all “things” would have microprocessors with software. Instant, because of the very low latency. Your car would “talk” with other cars, with the streets and roads and calculate the best route to any destination. It could warn your gates when it was coming, so that they would automatically open. You could program your residence to open the windows if it is sunny, close them if it looks like it will rain. A doctor could operate on a patient remotely, through mechanical arms.

The possibilities are endless. 5G will be a real game changer in the society we live in today. Surely, the changes will not be instant, because there is a whole industry aimed at profit. However, the deployment of the 5G system is definitely the first step towards these changes.

Venturus is constantly evolving, therefore, we are already studying the technology that enables the 5G system to exist.

Currently, at Venturus, we have equipment capable of analyzing the spectrum range that will be used in the 5G system. We have a spectrum analyzer (FSW85 from Rohde Schwarz) that reaches up to 85GHz, able to analyze the 5G NR Sub 6GHz and also the 5G range that operates above 24GHz mmWave (millimeter waves). 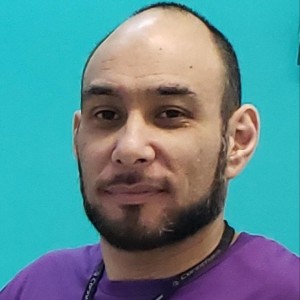 Chatbot trends: understand what to expect for 2022

Virtually the entire technological market has suffered a acceleration in your applications and structures with the arrival of the COVID-19 pandemic. The whole world has
Leia mais »
January 12, 2022 No Comments

What you need to know about vnt/school?

Created in 2020, vnt / school — the Corporate University of Venturus – aims to promote both the training and the development of technical and
Leia mais »
January 12, 2022 No Comments

MVP, Minimum Viable Product, it is one of the methods most employed in the development of new products. And its popularity is not for nothing:
Leia mais »
December 20, 2021 No Comments