Alexa: What is a Skill?

The long-awaited Amazon virtual assistant has arrived in Brazil. Alexa was launched in October and comes in different models and Skills. Each device has its own peculiarities — for example, the Echo Show 5 is the only one with Touch Screen and there are two other models without it (Echo Dot and Echo). You can find all the information on the Amazon website. Here, we will focus on the Skills that are available to customize Alexa.

In addition to the common functions we know (asking about weather, commute time, and so on) available natively on Alexa, it is possible to include Skills from developers and companies with various content, customizing the device according to user specifications.

A Skill is, basically, an application developed for the Alexa platform, similar to mobile apps, that make Alexa increasingly intelligent. Skills available for Alexa range from simple quiz games for kids to home automation such as light drives, air conditioning, audio devices and more.

Skills are called by a name, defined during their installation on the device — just as Alexa is activated when people call “Alexa” —, requiring only an internet connection to be executed. Under the hood, Amazon’s servers perform the complicated tasks and return an execution response to Alexa. This whole system was designed so there would not be a limitation of installed Skills because of lack of storage, since they are all in the Cloud.

How is a Skill developed?

Skills are developed through an SDK (Software Development Kit) provided by Amazon called ASK (Alexa Skill Kit), allowing developers to produce Skills that can interact with the audio, video, logic and the application flow. This system is fully included in the developer’s Dashboard, who is able to control and observe user requests, fill–in information about the developed system and request a certification for availability in the Alexa app store.

Developing and certifying a Skill goes through a rigorous process on Amazon‘s part, with the objective of verifying application consistency and identifying possible issues, thus preventing privacy breaches or information theft.

Venturus, with its Innovation Team, has developed two applications for the launch of Alexa here in Brazil:

Galinha Pintadinha is a Skill for streaming videos and stories of the child character Galinha Pintadinha (also known as Lottie Dottie Chicken) and its friends, allowing it to be played on all Alexa devices. Another feature is the “Ovo Surpresa” (“Surprise Egg”) option, a quiz game that can be activated through Alexa. The Skill was developed primarily for children and in Brazilian Portuguese.

Porta dos Fundos is a Skill made on the YouTube platform for Alexa. It is used for streaming the best videos of the humor YouTube channel Porta dos Fundos (translated as Backdoor), with the convenience of automatically resuming videos where you stopped watching.

All Skills are designed to be easily used through voice activation, which is Alexa’s main feature. To purchase them for free, access the Amazon page and activate it with the same email registered on the device. 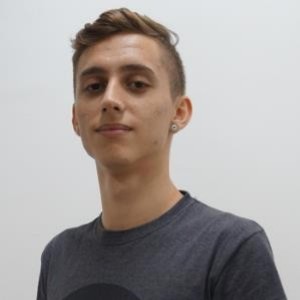