Android 11: an overview of the new features and functionalities

Android is one of the most popular smartphone operating systems, due to its practicality, flexibility, compatibility among versions and apps, customizability and its open-source code.

To keep up-to-date, Android makes constant improvements, which, through its new software versions, bring new features, as was the case with Android 10. This version brought several improvements, such as Dark Theme, real-time subtitles, changes in privacy controls and the gesture navigation system. Now, we have the newer update: Android 11, which has several new features.

This new version has features that make tasks such as controlling external devices, recording and sharing the screen and managing conversations easier. Improvements to prediction, accessibility, privacy and security tools have also been introduced. In addition, it is now possible connect a smartphone and a car that uses Android Auto with a wireless connection.

At Venturus, we work with Android constantly and, therefore, we always need to be on top of its new developments. Thus, this article brings a more detailed view of each of Android 11’s new feature and explains how they work.

With the new Android version, we can easily control all kinds of smart devices directly, using a native Android app. Smart devices are objects, usually connected through a network — what we know as the Internet of Things (IoT) —, that interact and communicate with each other. These devices also collect information about their usage or environment and/or perform tasks (automated or from commands).

This new feature brings more mobility to users, allowing them, when approaching the garage, to open its gate through the shortcut in the menu, for instance. At dusk, it is possible to lower the brightness of lamps for more pleasant lighting and control the home temperature.

The easy communication of Android smartphones with smart devices opens up opportunities for IoT to be more present and available, as is the case with home automation — automation of lighting, appliances, curtains and doors, among so many other IoT devices that are increasingly smart and connected.

To have access to this feature, just press and hold the lock button until the restart options appear — among these options, we have access to all devices, such as electronic locks, lights, cameras and other IoT devices.

Android’s screen sharing and capture system has been improved and has gained a new feature: native Android screen recording. This means that all smartphones using the latest version of the system have the feature available, removing the need for third-party apps.

The addition of this feature in native form on Android fills a need of users who, previously, needed to download extra apps to be able to record their screens. Now, the system offers the possibility of native recording.

This makes recording videos on mobile easier and helps anyone who wants, for example, to record a tutorial or step-by-step instructions or anyone who has a video channel. The feature also makes it easy for anyone who needs to report errors or problems found in an app.

To access this feature, simply slide your finger from the top to the bottom edge of the smartphone screen and use the Quick Settings menu feature, which opens a window notifying the start of screen recording.

Chat management has also changed in Android 11, making it easy to for users to see notifications from multiple messaging apps, which are grouped together in a single section in the notification bar. In addition, you can choose the main conversations, so that they are shown on the lock screen.

A new feature, which allows users to select chats so that they overlap other apps, creating bubbles notifications, has also been added. This allows users to access these conversations quickly while surfing the internet or using other apps.

This feature improves user interaction with apps, allowing a more fluid message exchange while users browse other apps on their smartphones.

For a messaging app to be able to use the new Android 11 Bubble System, it must: use the MessagingStyle notifications style; offer chat data with one or more people; have a LocusId identifier, which will rank the app among other messaging apps; and have the shortcut called “long-lived shortcuts”, which will make the system publish the chat with the other bubbles. This shortcut posts through the pushdynamicshortcuts(), setDynamicShortcuts(), or addDynamicShortcuts() methods. To remove a bubble, use the removeLongLivedShortcuts() method. 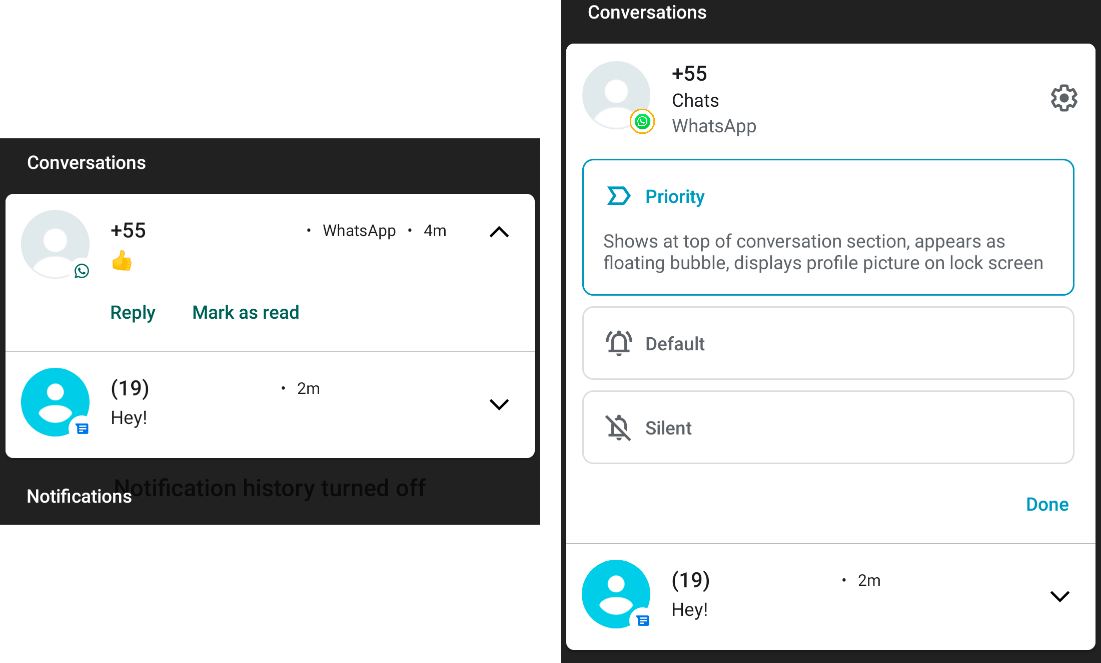 Android 11 has brought improvements to prediction tools and now suggests apps for the home screen, selecting them based on the apps most used in users’ day-to-day lives and making them more accessible.

Improvements have also been made to the automatic reply suggestion features — with phrases and emojis — for incoming messages, allowing simple replies to be sent with one click. App folders are given suggested names, according to their category, allowing easier groupings identification.

In addition, the new prediction tools make the users’ daily life easier by making suggestions for fast access apps, such as social media, weather, calendar, GPS. Thus, the user can access their apps in a simpler and more agile way, improving their experience.

Android accessibility features have been enhanced in this new version and now allow voice control on most smartphone-controlled features, as well as apps and messaging.

Voice recognition has also been improved and now allows these features to be accessed offline, at any time, not requiring an internet connection to perform the commands with the smartphone.

Accessibility is an important subject, with new possibilities being explored by developers, resulting in improvements for Android users. Now, in addition to the contentDescription method, there are also getStateDescription(), which allows a better semantic explanation about the element; setTouchExplorationPassthroughRegion() method, used to bypass the touch Explorer; and setGestureDetectionPassthroughRegion(), to bypass the gesture detection system. Additionally, a new keyboard function has been added to the Talkback tool, the Braille keyboard, which is native to Android and does not require the use of any extra devices.

Now, the Android Settings app has an option that enables notification history, allowing users to review all incoming notifications. This feature is very useful for cases where all notifications are cleared at once and a piece of important information goes unnoticed.

In regards to privacy and security, Android 11, in addition to standard security updates, brings new features. An example is the option to allow users to grant single-use permissions. In this option, every time the app needs permissions — to use GPS, for example — it has to ask the user if they allow the activation of the service or not.

If the user has installed a mobile app and granted permissions for it to access their data but hasn’t used the app in a while, Android itself automatically disables these permissions until the app is next used, when it will be necessary to grant or deny permissions again.

These features increase visibility of when apps are using permissions that access sensitive user data, so that users have more options for visibility and control of their information.

Therefore, it is always important to check if the user has granted permission to the app with the checkSelfPermission() method before using a resource that needs a specific permission, since the permission can be revoked by the operating system if the user is not using the app.

Apps that control media such as music, now have a dedicated section and appear grouped together. Thus, it is possible to navigate easily between apps and control, directly in the dedicated section in the notification bar, on which output — such as headphone, speaker, speaker etc. — the audio is to be played.

For an app to appear in the new media section, the notification must contain the MediaStyle style and use MediaBrowserService and MediaSession classes, providing data about the media, such as the artist, title, duration and album cover.

For developers, Android 11 has brought specific APIs for apps on folding smartphones or devices with cutouts or curved screens, also known as waterfall display.

A new function for folding screens has been added. This function allows apps to recognize the angle (in degrees) of the folding part of the device through the constant TYPE_HINGE_ANGLE. Thus, it is possible to adapt the content shown on the screen according to its angle, providing better user experience.

Android 11 brings new features related to the new 5G network connection standards. Now, it is possible to check whether the smartphone is connected to a 5G network , network limitations and the bandwidth.

Through the TelephonyManager class, it is possible to use the listen() method with the parameter LISTEN_DISPLAY_INFO_CHANGED to receive — in the ondisplayinfochanged() method — the response of the user’s network, such as LTE Advanced Pro (5GE), NR (5G) and MMWAVE (5G+), and, thus, verify the connectivity of the 5G network.

You can also check whether your smartphone is connected to a limited or unlimited network through the ConnectivityManager class, using NetworkCapabilities. The NetworkCapabilities class can check, through the hasCapability() method, whether the device is connected to an unlimited network or not, sending parameters NET_CAPABILITY_NOT_METERED or NET_CAPABILITY_TEMPORARILY_NOT_METERED.

To check the bandwidth, you can use the NetworkCapabilities object with the getLinkDownstreamBandwidthKbps() and getLinkUpstreamBandwidthKbps() methods to adapt the app to the network speed. This is very useful, for example, for audio or video streaming apps, which require good network connection.

Android’s authentication system has been improved and now allows apps to use the BiometricManager.Authenticators interface to allow or deny user access via digital, facial or iris sensors.

This new interface manages authentication through levels of security, which can be set through the constants BIOMETRIC_STRONG or BIOMETRIC_WEAK — for biometrics, facial or iris recognition — and DEVICE_CREDENTIAL— which allows only PIN code, password or smartphone unlock pattern. Thus, developers have the discretion to choose the security level of their app.

After the user is logged in, it is possible to verify the authentication type through the getAuthenticationType() method, which returns the constant referring to the user’s input method.

This new feature is useful for the most diverse types of apps and brings greater security to users, seeing as only the smartphone user is able to authenticate and use the app, even after having unlocked the smartphone.

In addition to the new features, Android 11 also brought other improvements to existing features in Android 10 and earlier versions, such as the possibility to resize apps in PiP (Picture-in-Picture); perform app debugging via Wi-Fi; shared access to large groups of data among apps; improvements in neural network APIs (NNAPI); new features in work profile; and the possibility to program Dark Mode to be activated automatically based on the time of day. 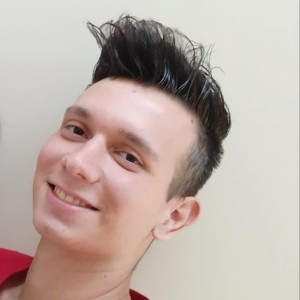 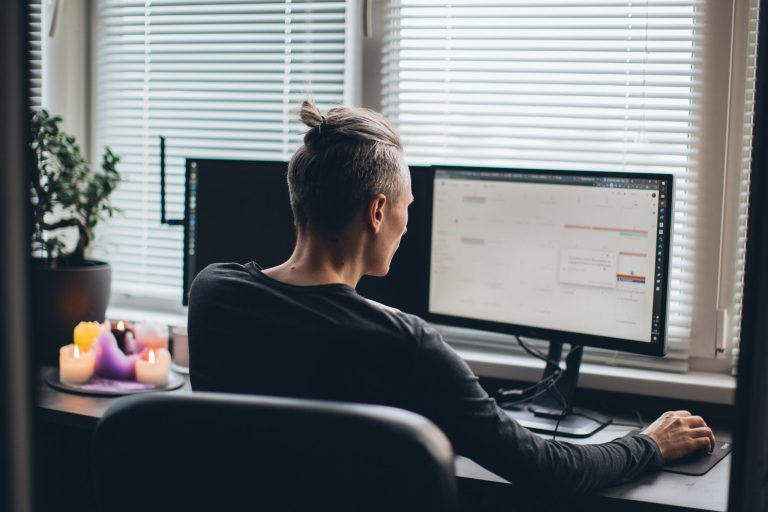 The quarantine caused by the New Coronavirus has caused a short-circuit in home-office adoption discussions in many businesses. What, before, existed only as discussions and
Leia mais »
November 27, 2020 No Comments 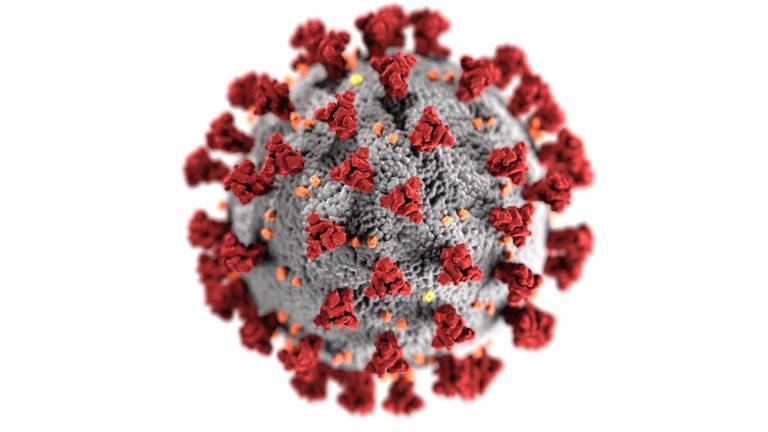 Technology in Covid-19 prevention in industry

COVID-19 is a disease caused by the New Coronavirus, called SARS-CoV-2, which can cause milder symptoms, similar to those of common flu, to more severe
Leia mais »
November 24, 2020 No Comments 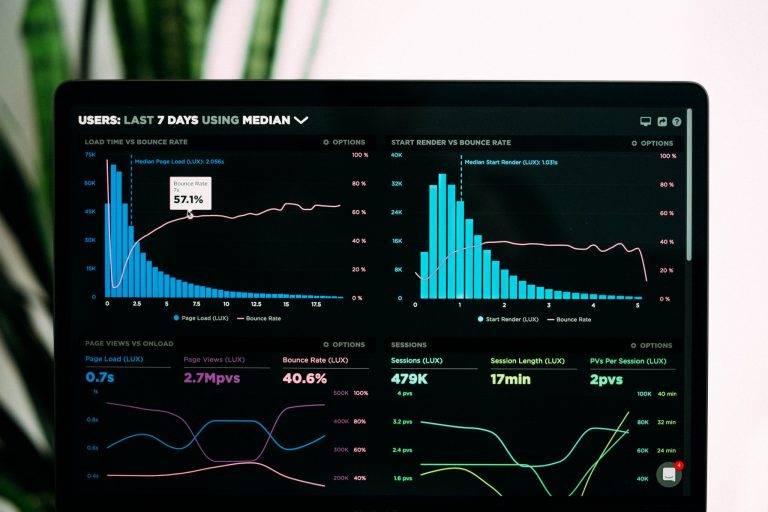 Since I started writing for our blog, I always try to emphasize the large amount of data that can be generated and collected in the
Leia mais »
November 17, 2020 No Comments