Chatbots: strengthening the link between companies and consumers

Currently, with the wave of new innovations, many companies are exploring chatbot technology in many fields, such as education, finance, health care, travel, e-commerce, among others. However, anyone who thinks chatbots have just been invented would be mistaken. The idea of smart robots, that have the ability to talk and think, emerged for the first time in 1940, with Isaac Asimov‘s book “I, Robot”.

After the creation of the “Turing Test”, proposed by Alan Turing in 1950, many technological advances in chat agents began to be explored. The test’s objective was to determine whether a machine could be capable of fooling a human in a conversation in a specific scenario. Thus, if the person could not identify whether they were talking to a machine or another person, the computer could be considered as possessing artificial intelligence.

In this context, I will talk a little about how it all began, so we can have a better grasp of the emergence of this technology. In addition, I will highlight the main fields of interest for chatbots and present the principal interests of this technology in the current market. Can chatbots be used to better my relationship with my clients? Have companies been adapting to these technologies successfully? How does this trend affect the future of client services?

How it all began

The development of chatbots started a long time ago, and has been following advances in technologies and has brought many contributions to the world:

ELISA: The first chatbot to pass the Turing Test. It was developed by Joseph Weizenbaum in 1964 and worked on recognizing keywords/phrases that were fed to the chat, from which ELISA would reproduce a coherent response.

JABBERWACKY: Developed with the intent of passing the Turing Test and aiming to simulate natural conversations with humans about subjects such as humor and entertainment, it was developed by the Brit Rollo Carpente in 1988.

ALICE: Chatbot that utilized natural language processing developed by Richards Wallace in 1995. It was a revolutionary project, since its code was open–sourced and allowed other developers to create their own chatbots based on ALICE.

Obviously, there were many other projects developed through time, such as IBM’s Watson, which was designed specifically to participate in a questions and answers program, Siri, Google Now, Alexa and Cortana, which were developed to function as virtual assistants, Messenger Bots that allow interaction between contacts and others.

Where to use chatbots

Since chatbots are a tool used to interact with people in an automatic way using platforms users are already familiar with, companies are predicting that around 85% of customer commitment will be reached without human intervention. In other words, almost any interest a customer may have (such as products, news, information etc.) will be done in automated fashion.

Companies have been exploring how to better customer relations and, consequently, have been optimizing their services to cut down on response time and make tasks that should be done by their clients easier:

HR: Chatbots help in the workers’ productivity and satisfaction analysis, optimize response time of frequently asked questions made to HR and help with questions workers may have when filling out transactional processes, among other uses;

Travel: Users are able to ask for information (step-by-step instructions) on settings, and to have access to travel prices and destination information, as well as hotel suggestions, among other uses;

Many other contexts can be explored in the use of chatbots, since, as exemplified above, it is possible to see a lot of potential for their use, such as 24-hour services, quickly solved problems, instant messaging and easy communication, among others. However, some challenges must be considered when working with this technology.

Based on the information in this article, it is possible highlight the main challenges in the development of chatbots. One of them is related to the interpretation of messages, which, in turn, are naturally ambiguous —an intrinsic characteristic of human conversation.

Ambiguity is one the fields of cognitive science that does not have a well-established solution. In addition, what can be considered ambiguous varies depending on who is talking. Thus, it becomes hard to comprehend the real intention of users, both to us humans and to machines.

However, through non-textual cues — such as body language, intonation and other aspects —, humans are able to interpret phrases, making their context clearer. This does not happen with chatbots, because they use only textual cues to understand people, who, in turn, may make comprehension harder by writing colloquially or making typos.

Other challenge is related to the customization of chatbot behavior so it can project a more reliable and comfortable image. In other words, chatbots must be capable to adapt to information given by the users so as to meet their needs in an exclusive, secure and friendly manner.

However, this is no trivial task, because the amount of information produced by people is in an exponential level — that is, they can produce information in a chat interaction at any moment. Additionally, as more and more databases — such as social media, interests in news, music and others — are concatenated, the customization of chatbot behavior becomes a more unfeasible task at response time and processing level.

Chatbot technology, along with artificial intelligence advances, is changing the way we live and work every day and, consequently, bettering relations between clients and companies, as emphasized beforehand.

In accordance, we can emphasize that the use of chatbots in client support allows optimization of the customer experience. Chatbots can be used to lessen time spent with easily answered questions and to make user experience better with services that have a complex flow or that need assistance to be well executed.

Moreover, this technology does not stop, because there are many opportunities in the market that can be explored, as exemplified in this article. The more insight we have about our clients, in a fast and reliable way, the easier it becomes to map and understand our clients’ desires and interests, as well as to explore new ideas and evaluate customers’ feelings beforehand. 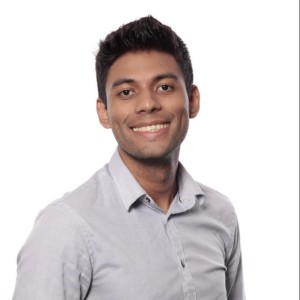