For some time now I have been participating in scientific and technological events, many of them related to the health area. In all of them a theme that has been highlighted is innovation. Especially now in this time of pandemic, this topic has been widely discussed from how to deal with this unusual situation to how to “take advantage” of it – in the sense of extracting good things from a bad situation, without harming others.

Often, it is due to situations like these that we are going through, where something needs to be done to be able to circumvent possible unsustainable situations, that innovation enters the field. Innovation is one of the tools that helps products evolve and processes be improved.

In the health area, innovation enables professionals to acquire more knowledge and resources to improve patient care. For some years now, innovation has not only come from ideas, but it also comes from well-structured processes, such as what we are going to talk about in this article: Design Thinking.

Let’s start by talking about what innovation is and then go into detail about the Design Thinking methodology.

In the old days, many people believed that innovating was to include technology within a product or process. However, over the years, we have found that while technology is one of the tools that can help innovation, it, by itself, does not have all the laurel of being innovation.

Consider a computer added to a fully manual environment. The simple presence of the computer in a space does not innovate the forms of work — for this, it must be incorporated into new (digital) practices, which explore what is possible to do with a computer, but not manually.

Thus, to innovate is to be able to do something different, that facilitates the day-to-day life of people, processes or products. In this scenario, Design Thinking has gained space in innovation, because it is a methodology that helps us find innovative solutions to our problems, using abductive thinking and the tools of each of its phases, focusing the solution on the human being.

The process of Design Thinking

Design Thinking is a tool coming from the design area and that has been adapted to several areas of knowledge as a tool to assist the innovation process. Design Thinking originated in 1991, in the North American company IDEO, in which it was used as a methodology in the improvement of products.

Design Thinking, makes use of the way of working and thinking of designers, who always seek to propose something that allows the best user experience. In the process of Design Thinking, we seek solutions thought together, with the participation of several types of professionals, in order to propose ideas as diverse as possible.

Thus, Design Thinking consists of 3 phases, basically: immersion, ideation and prototyping. Below we will talk in a summary way about these steps and, if you are interested in knowing more about the subject, I recommend reading my colleague’s article, accessible at this link.

Immersion is the stage in which the participants (groups of people from various areas, related or not) of the Design Thinking process, are presented to the problem to be worked on. From the observation and analysis of the problem (in the field, when possible), they seek to describe its context.

This observation of the problem is made taking into account both the point of view of the end user and that of the company that wants to develop the idea. In this way, the solution meets the expectations of both sides.

Between the immersion and ideation phases, which will be described below, there is a step that overlaps the two: Analysis and synthesis. At this stage the observations are gathered and then analyzed so that a synthesis of the ideas that will continue in the process is made.

In the ideation phase, ideas survey meetings are held, in which participants in the Design Thinking process are gathered and discuss possible solutions to the problems or improvements under discussion. From this stage, many solution proposals are raised, however, only the best-considering the proposed solution, cost and time — should proceed to the next phase, that of prototyping.

Finally, in prototyping, a prototype is developed to validate the proposed solution. The prototype can be high fidelity, with some minimal functionality already implemented, or low fidelity — with fewer details, such as a drawing or manual execution.

The goal of prototyping is to validate the proposed solution. Thus, the type of prototype — high or low fidelity-is related to which aspect of the solution should be validated. From the analysis and testing of the prototype, improvements to be made in the final product are identified.

One of the advantages of this technique is that it is possible to avoid implementations — which are often expensive-that do not meet the needs of the problem. With this, it is possible to experiment with several proposed solutions, validate them with the user and, only when they are better meeting the needs, forward the solution to the final implementation.

In the area of Health, Design Thinking can be applied to improve the experience of patients and healthcare providers — doctors, nurses, therapists or the hospitals themselves, clinics, among others — as well as improve clinical outcomes and refine the knowledge of professionals in the area.

Let’s look at some examples of Design Thinking applied in the area of Health:

Magnetic resonance imaging was one of the machines developed by GE. She would be perfect if it were not for the way the examination needs to be done: the person enters a dark and noisy tube and must remain motionless throughout the procedure. If this machine can often be uncomfortable for an adult, imagine for a child.

It was in this scenario that Design Thinking entered, seeking a way to alleviate the discomfort of children during the examination. For this, studies were made in the environments where the children felt at ease and, from them, a solution was proposed in which the resonance machine was part of a scenario that they called “an adventure on the Pirate Island”. With this, the child felt the most fun and less frightening environment (See Photo).

According to the evaluation made after the proposed solution in Design Thinking, the improvement in the experience of the exams performed in children was very good. Before the solution, almost 80% of the tests performed had to be done with the use of sedation, and after its application, this rate dropped dramatically, around 10%. 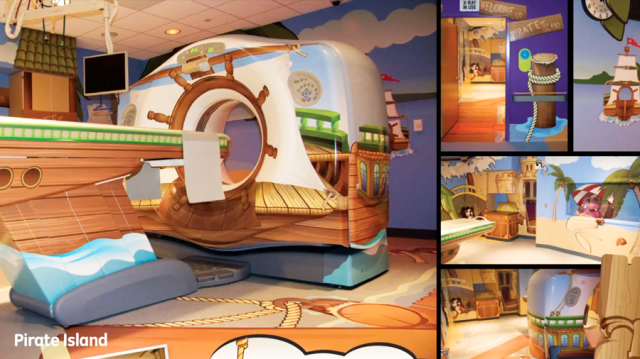 Another example is the Kaiser Permanente hospital network in the United States. In this network of hospitals, one of the biggest problems raised was the amount of mistakes that were made during the shift of nursing professionals. For several factors, often some information was not passed on and this led to several problems, even deaths of patients.

The design thinking technique was applied and resulted in some new practices, such as: passing the patient’s report card with him; standardization of the way the shift is done; and rounds one hour before the end of the shift. It was observed that there was a reduction of up to 50% in the failures between shift shifts.

At the University of California, San Francisco, researchers analyzed how patients with schizophrenia were followed during their treatment in order to assess why treatment was often not effective.

Basically, the treatment of these patients is done with medications and individual therapy. This type of treatment usually aids in the improvement of symptoms such as hallucination and paranoia. However, this approach does not always help in the resolution of other symptoms such as social anxiety, isolation, lack of motivation and memory failure.

To solve this deficiency, Design Thinking was used and, through it, an application called PRIME (Personalized Real-time Intervention for Motivational Enhancement) — whose translation would be personalized real — time intervention for motivational enhancement-was developed. PRIME is a platform that contains tools to help, motivate and support patients so they can complement their treatment.

Finally, a last example of Design Thinking was that applied to the aid in the preparation of educational and informative material on the Prevention of breast cancer. Most campaigns on the subject often referred patients to a feeling of death or something of sexual connotation, due to the use of images of women’s breasts. Because of this, campaigns often end up having the opposite effect to their original proposal.

In this scenario, with the use of Design Thinking, a campaign was proposed in which lemons were used to illustrate symptoms associated with breast cancer that can be observed during a self-examination. The idea of Using Lemons was due to its external shape being similar to that of a breast and its internal shape being similar to its anatomy. More details about this solution can be found here. 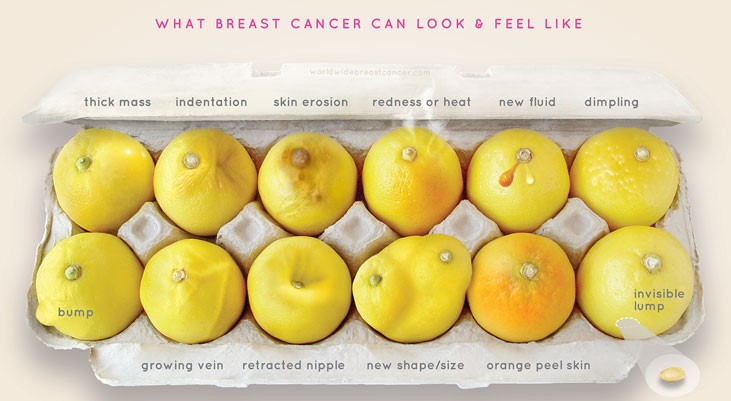 In this article, we seek to talk a little about how we can use Design Thinking, a methodology derived from design, as a tool to innovate and modernize the health area. We have seen, by the examples, that it is a great tool for the health area, because it is centered on the human being, who is the main user of the health area.

Design Thinking shows that innovation does not mean the simple introduction of new technologies in healthcare environments but on the other hand it can also generate a complete restructuring of its processes. This methodology seeks to solve problems that are already present in the health area, bringing agility and improving patient care.

Thus, simple practices — such as leaving a friendlier environment or exchanging patient information with it — can bring many gains to the health system as a whole, since they can reduce errors (often leading to death) and optimize processes (often reducing unnecessary costs). More examples of applications of this methodology in the area can be found here. 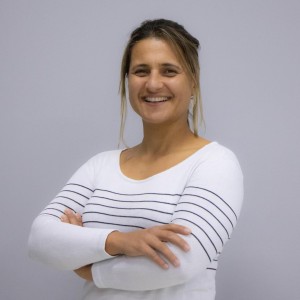